On Tuesday, April 30, 2019, pipeline-focused midstream giant ONEOK, Inc. (OKE) announced its first quarter 2019 earnings results. At first glance, these results appeared to be quite mixed as the company missed the expectations of analysts on its top line but did beat their expectations on the bottom line. A closer look at the company's results, meanwhile, reveals that this somewhat underfollowed midstream company had a very impressive first quarter as it managed to achieve a very solid distribution coverage and an impressive year-over-year net income. ONEOK has a very solid growth program in place and should be able to keep delivering on this kind of impressive performance going forward.

One of the things that we have been seeing a lot of in the midstream sector over the past few quarters is solid revenue and cash flow growth on a year-over-year basis. In essentially all cases, this improvement in performance was driven by growing volumes of resources moving through the companies' infrastructure. ONEOK was no exception to this. As I mentioned in the highlights, ONEOK saw its transported volumes of natural gas liquids and processed volumes of natural gas increase over the prior year quarter. ONEOK states that this was due to rising volumes of liquids and gas production in both the Williston and Permian basins. As we can see here, the volumes of produced resources in both of those basins was generally higher in the first quarter of this year than it was a year ago:

In addition to the upstream production growth that caused the amount of resources moving through the company's infrastructure to increase, ONEOK claims that increased NGL optimization and marketing activities and higher average fees for increasing the company's financial performance during the quarter. This certainly does make a lot of sense and is something that the company's shareholders should appreciate.

Fortunately, the growth story for the American energy market has not ended yet. In fact, as I have mentioned earlier in other articles, the various upstream producers in the United States are planning to increase their production of both liquids and natural gas at a fairly rapid pace over the next few years: 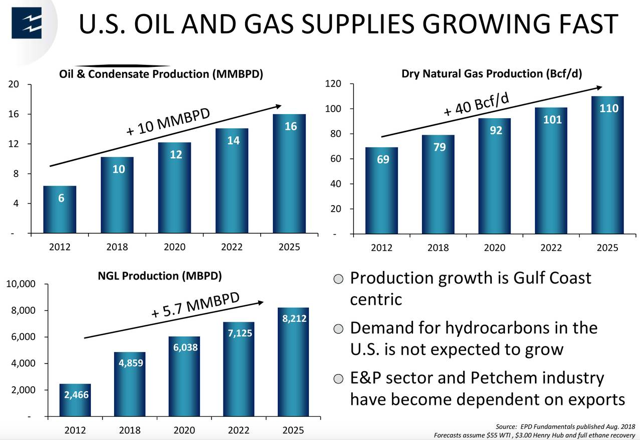 ONEOK will obviously not be the only company that transports these newly produced resources away from the basins where they are produced and to the market. However, it will still be one of the companies that benefits. Basically, as ONEOK's growth projects come online, the company will continue to see its earnings and cash flows grow just like we saw in this quarter. In fact, the company itself predicts that this will be the case in its natural gas liquids space. We can see this clearly here: 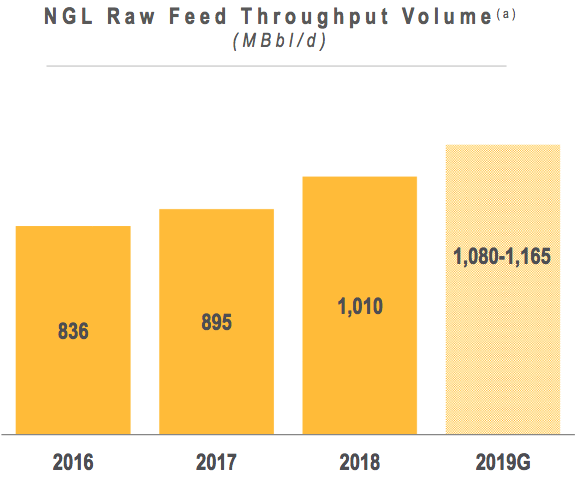 The same is true in the natural gas gathering and processing business: 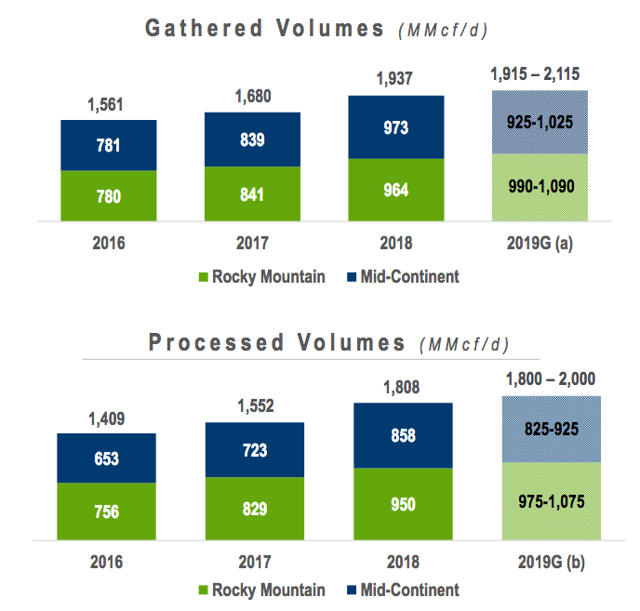 The growth in the natural gas gathering & processing unit will come from ONEOK connecting newly drilled wells to its network. In the Rocky Mountain region, approximately 620 wells are scheduled to be hooked up to the infrastructure during the year. ONEOK only connected 78 wells during the first quarter so the company needs to pick up the pace over the remainder of the year if it hopes to accomplish this.

It is largely the same story in the Mid-Continent region. In this part of the country, approximately 100 wells are scheduled to be connected to ONEOK's natural gas system during 2019. The company managed to complete 32 of these connections during the first quarter so it is certainly on track to accomplish this goal.

In April, ONEOK made another announcement that should have a positive impact on its financial performance. This is the construction of a 75-mile natural gas liquids pipeline lateral connecting the northern of the Bakken NGL Pipeline with a third-party natural gas processing plant in Williams County, North Dakota. This lateral will increase the capacity of the company's system in the area, which naturally increases the volumes that can flow through it. This should therefore have a positive impact on the company's cash flow when it is complete.

One of the nice things about ONEOK is that it has a comparably strong balance sheet versus other midstream companies. We can see this by looking at the company's debt-to-EBITDA ratio.

The debt-to-EBITDA ratio is important because it tells us how easily the company can support its debt. Most midstream companies have this ratio between 4.0-5.0, although I usually prefer to see it below this range. As we can see, ONEOK currently has the ratio near the bottom end of this range. This both tells us that the company is generally less levered than its peers and that it should have no real problem covering its debt payments.

Another thing that is always important for us to keep an eye on is a company's ability to cover its dividend. The easiest way for us to do that is to take a look at the company's distributable cash flow. This is a non-GAAP measure that theoretically tells us the amount of cash that was generated by its ordinary operations that is theoretically available to be paid out to the stockholders. In the first quarter of 2019, ONEOK had a distributable cash flow of $506.8 million, an increase over the $432.0 million that it had in the year-ago quarter. This gives the company a dividend coverage ratio of 1.43, which tells us that the company is generating more than enough cash to cover its distribution even if something causes its cash flow to go down. Overall, there is a significant margin of safety here.

In conclusion, ONEOK is clearly benefiting from the production boom that is causing surging resource volumes to flow through the nation's midstream infrastructure. This is something that should continue over the remainder of the year as the company completes its planned upstream connections. Overall, the company continues to be a very well-financed midstream play that should have no difficulty maintaining its current 5.19% dividend yield. 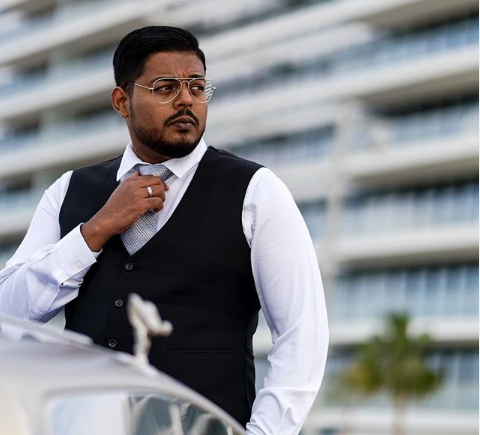 Rohit Roy will influenceyou with his Blue Beast machines

We are living in the digital world were inter... 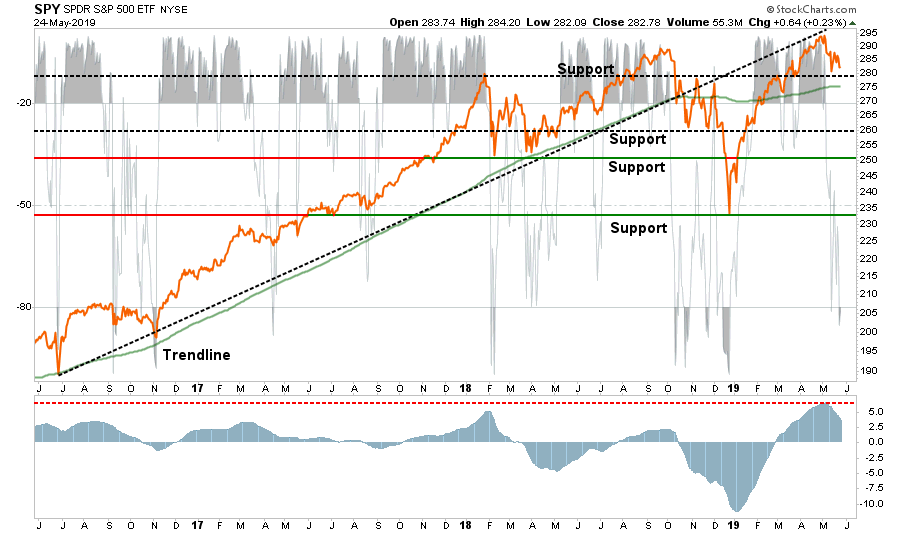 Since the markets were closed yesterday for M...

'Real Professionals': Trump Riles Up Twitter as He Trolls MSNBC Over Debate Glitch

How to open side menus in Android 10 w/ gesture navigation

Gesture navigation is one of the biggest new... 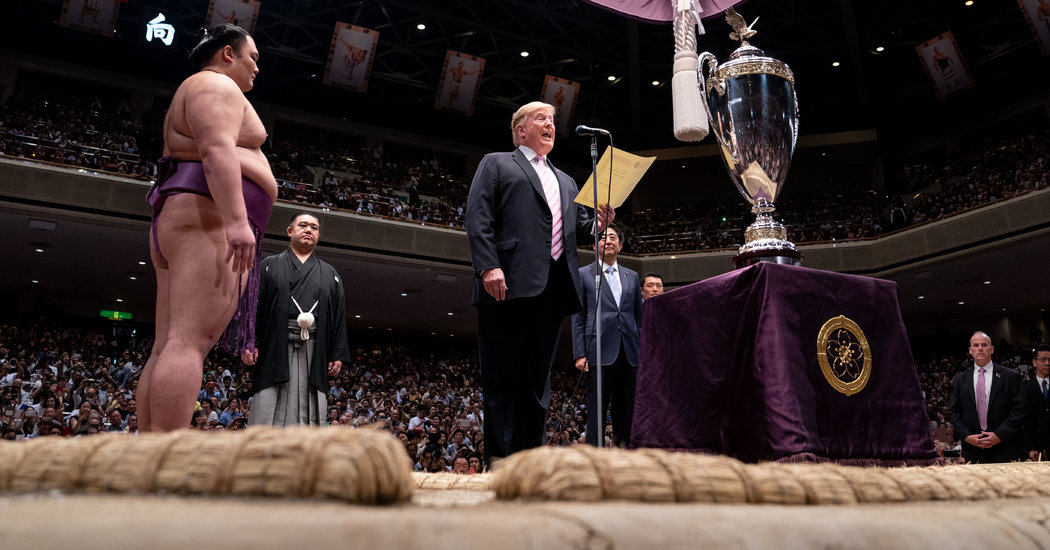 The sumo ring is a sacred space where rules h... 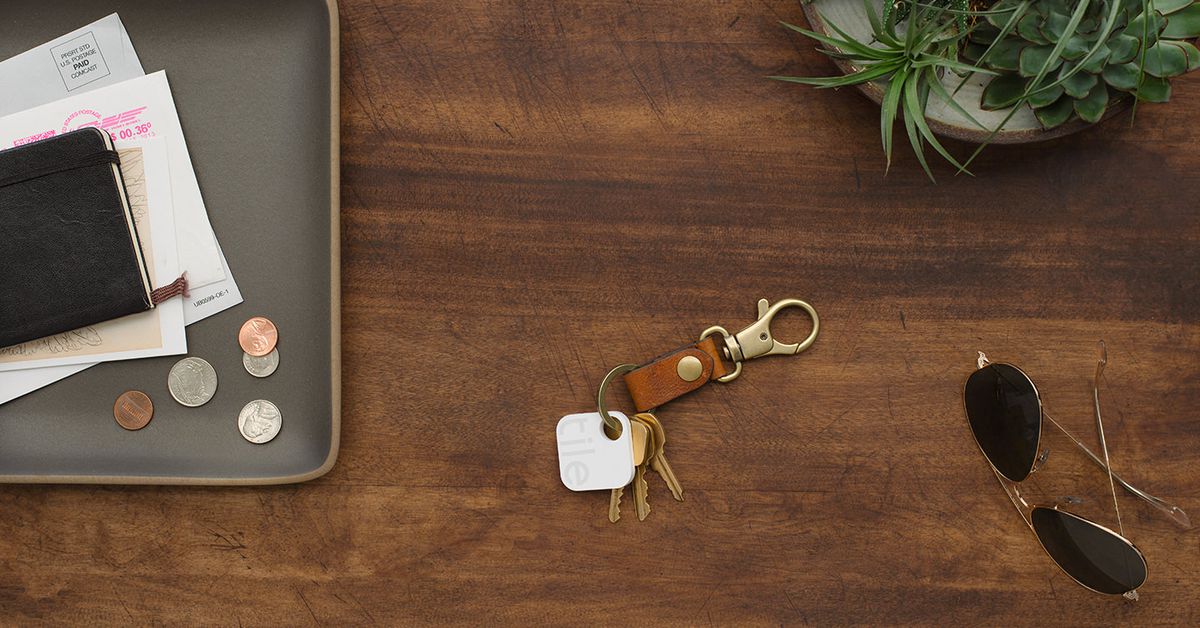