Ruby Ardolf, 14, has her own YouTube channel, featuring familiar aspects of a teen’s daily life and merchandise with messages of kindness and inclusion.

But Ruby is not a typical teen vlogger. She is disabled — one of 12 people worldwide with a genetic condition called Stromme syndrome, which results in microcephaly (small brain), and impaired vision and motor functioning.

YouTube channels by and about disabled individuals provide visibility into their daily lives and have drawn viewers. Special Books for Special Kids, which often shows significantly disabled children, has over one million subscribers, and Squirmy and Grubs, about an inter-abled couple, has about 450,000 subscribers. Both channels get millions of individual views. Ruby’s channel, Angie and Ruby, which co-stars and is produced by her mother, Angie Ardolf, has over 100,000 subscribers and millions of views.

Angie Ardolf makes it clear that she speaks not for her daughter or the disabled community, but as a mother. When she learned of her daughter’s disability, she started a blog for family and friends to keep abreast of news and information about Ruby. What she received in return was not just awareness, but relatability and acceptance of Ruby. Their YouTube channel grew out of the same desire to provide information, but this time to a larger audience.

“Since I’ve been posting regularly, our whole family has a better relationship overall because when we get together, they already know stuff that has been going on in her life, and they actually have points of conversation with (Ruby),” Angie Ardolf said. “Same at school. The girls in school they know what’s going on. They can say, ‘Hey I heard you went to the movies this weekend.’ She can’t facilitate that all the time herself.”

Creators with disability say they have gained many benefits from social media participation, such as support and acceptance, discovery of other people with similar conditions, information sharing and even income.

There also is a belief that their contributions can improve public perceptions about disability, they say.

Amythest Schaber, 28, promotes autism awareness on YouTube and, like Ruby and Angie Ardolf, has 100,000 subscribers. Schaber began her channel, Neuro Wonderful Ask an Autistic, out of a desire for autism to be perceived as something different from what she was seeing.

“When I began to think that I might be autistic, and I went searching online, I mostly found information that was either very medicalized and difficult to understand or were resources written for the non-autistic parents of autistic children,” she said. “Much of this information was presented in a negative manner that made autism seem like something scary or tragic ... I decided to fill the gap. My goal was to be a source of information for people who are wondering if they are autistic, or anyone who wants to learn more about autism and what being autistic means.”

Elizabeth Ellcessor, assistant professor of media studies at the University of Virginia, who researches access to digital media technologies and cultures, particularly with respect to disability and bodily difference, points out that mainstream representations of disability are few.

“Creating content can be so important because so little mainstream content is made by or for disabled people,” she said. “You don’t have tons of representation with disability out there, disabled creators to follow and look up to, so content creation and creating spaces where people can see themselves either in blogging or semi-scripted contexts like Web series becomes really important avenues for a different kind of media for people to engage with.”

Tommy Edison, 56, is the creator of the Tommy Edison Experience channel on YouTube. Edison, who was born blind, garnered over 650,000 subscribers on his channel before discontinuing it in 2018.

“To the best of my knowledge, I was the first blind person on YouTube,” Edison said. “It started as a natural curiosity. People were interested in how I did everyday things. And I’m open — you can ask me anything you like.”

Edison has posted videos answering questions such as whether it bothers him that he doesn’t know what he looks like, whether he uses the lights when he’s home alone and how he gets dressed. He also has posted a video of himself using a fidget spinner.

He emphasizes that his experience was driven by the entertainment and sport of making a video go viral.

Edison, who lives in Los Angeles and does motivational speaking, credits YouTube for the opportunities he has had to travel and speak about his experiences.

YouTube has over 1 billion users, but the company does not list the number of its content creators. It is highly difficult to know the percentage of creators and users with disabilities — platforms do not collect demographic data, and doing so could be considered intrusive. In addition, the disabled community is diverse — it includes individuals of various socioeconomic status, education and age.

Knowing how people with disabilities experience social media requires a nuanced understanding of the population.

Ellcessor cautioned against placing too much emphasis on believing that people living with disabilities experience media differently than people without disabilities.

“If we think about mainstream social media use as about finding information and forming connections with other people and sharing cat videos and all the rest, disabled people do all of that, too,” Ellcessor said. “And sometimes when we talk about disability and technology, there’s an emphasis on the ‘important’ thing, making sure that people can access information and contact emergency services and get education content as if these are somehow more valuable for a disadvantaged population than they are for others.”

Accessing online material, however, can be a challenge for differently-abled people.

Get more of the Star in your inbox

Never miss the latest news from the Star. Sign up for our newsletters to get today's top stories, your favourite columnists and lots more in your inbox

For example, people with disabilities may use assistive technology to access online material. Blind or visually impaired people may require audio descriptions, while deaf individuals benefit from closed captioning. Many creators with disabilities may have to rely on a partner to facilitate the experience for them. (Edison worked with a sighted partner and producer, Ben Churchill, to realize his channel. Ruby’s experience with her channel is aided by her mother, who acts as a gatekeeper in moderating Ruby’s exposure to all comments.)

Other elements of a normative social media culture can also be difficult for people with disabilities. The decision to monetize can be fraught with ethical implications that people living without disabilities do not need to consider, such as a fear that viewers may misjudge the creators’ intentions as exploitative, rather than educational. Then there are also expectations of constant presence and availability, which can be challenging for anyone.

“Keeping up a regular upload schedule has never been possible for me,” Schaber admitted. “As an autistic person, getting on camera and projecting a likable persona, a persona that I call YouTube Amythest, is exhausting. I can schedule an entire week around creating, and then recovering from the creation of a single video.”

Despite those challenges, disabled individuals have been successful in creating their own terms for success, Ellcessor said.

“Disability communities have (successfully) attempted to construct their own norms that may not necessarily be in keeping with the norms of the platform,” she said. “So these may be communities where it’s okay to say ... ‘not going to be on for two days, DM me if urgent’; or communities where contacting others to say this person is arguing with me, I don’t have energy, can you take it up instead?”

Such collaboration illustrates that some disabled communities share in a collective awareness of physical or time limitations and thus devise ways to overcome the norms of social media culture, Ellcessor said.

For creators, there is a real sense that a social media presence can normalize disability. Edison recalled an instance where sighted parents of a 3-year-old blind boy wrote him to say that they had feared for their son’s future, but felt more hopeful after watching his videos. “That gets me,” he said. “Even now, that gets me. It’s lovely.”

Among Ruby’s channel’s most popular posts are videos of her asking Alexa to play a song, her making slime and her after-school routine.

Comments on Angie and Ruby Ardolf’s channel have been disabled, as a result of a YouTube-wide policy banning comments sections in most channels that feature children. But they interact with others online on their Instagram page, where they receive hundreds of positive comments daily.

When asked how the comments make her feel, Ruby’s answer was instant: “Happy!”

Ruby’s mother elaborates, “Hearing people say that they accept her differences — Ruby is awesome. Ruby is beautiful. Ruby is funny. That has always been my mission.”

“Ruby is not going to change, so can we change the way that the world sees people like Ruby? So that, when we go places, we don’t get stares, we get smiles. To me, that feels like we are making progress toward normalization of difference,” she added.

By redefining what is popular or by promoting other kinds of content attributes such as education and awareness, social media platforms could provide a more diverse and inclusive experience for users and creators, Ellcessor said.

Ruby’s mom, Angie Ardolf, agrees: “YouTube or any social media is that safe place to look and to wonder and to ask a question so that when you confront someone in real life you have gotten information you need to know that everyone is different and (you can) just be friendly toward that person.”

With the growth of streaming video and new se... 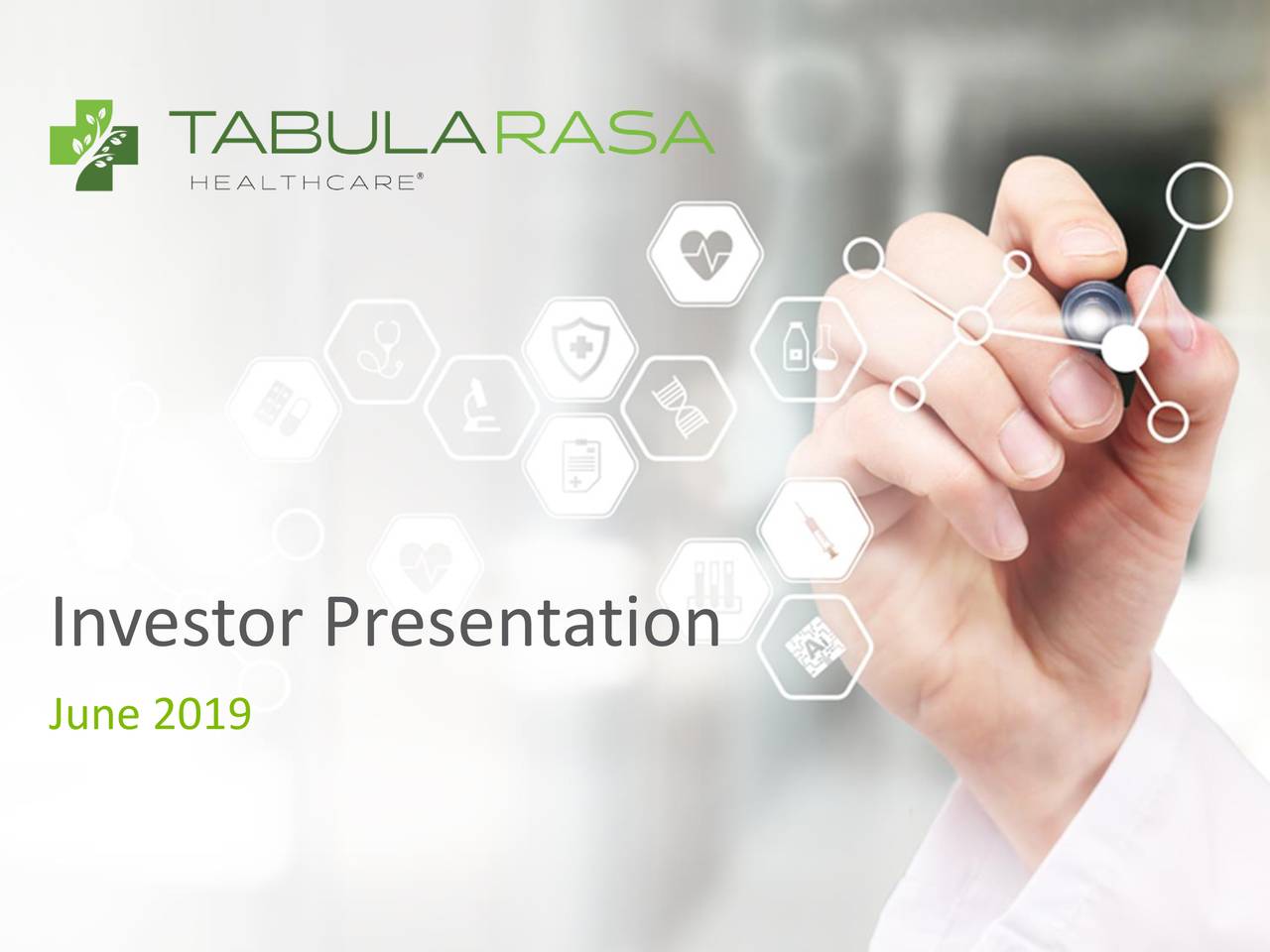 The following slide deck was published by Tab...

Over a decade after Apple  (NASDAQ:...